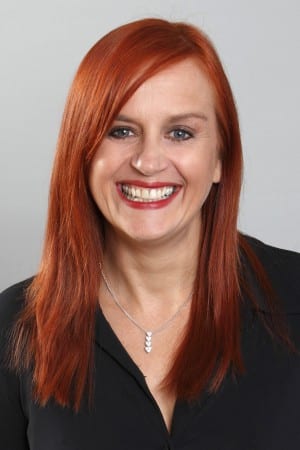 Chair of the Scottish Women & Girls in Sport Advisory Board

Football has formed such a huge part of my life, yet still I think what if when I was younger football was something girls were encouraged to play. When I was at school girls played hockey and boys played football. That was it. There was no discussion. I now see amazing women like Rose Reilly who didn’t let that stand in their way and went on to be an amazing player and do great things. It just wasn’t something which crossed my mind that I could do. I didn’t ever see any other girls playing football.

I watched football, yes, but men’s football. My uncle used to take my sister and I to see junior games in Glasgow and I loved going. I watched it on the television, and remember being heartbroken like the rest of the country in 1978, when the team came home from Argentina too early.

I managed to channel my love of football positively and have been so honoured to be a director at Hibernian Football Club for almost 13 years. I often think that is an opportunity I might not have had if I had been more focussed on playing football. I also think the reality is my skills were much more aligned with the administration rather than the implementation of the game!

The position of women in football has changed so much over those 13 years. At first, I was often the only female director in the Boardroom, which often caused confusion. The male directors would ignore me, ask me where my husband was, thinking I must be a director’s wife (to which I would generally say at home on the couch watching telly), or at least in the early years, a player’s wife! It was often a challenge to handle these situations and that is where male allies can help. My Chairman at the time would always be quick to make clear that I was a director, and a lawyer, although sometimes that caused even more confused looks!

Sport can play such an important role in our lives, whether it is participating, facilitating the participation of others or the administration. It can help with our mental health, it can help build relationships with friends and family and it can help us develop skills we never thought we would have. And of course it is so important for our physical health.

However we need to always recognise that one size does not fit all, and that making physical activity and sport accessible is key to leveraging its great power. While I might never have made it as a football player, it has helped me build a level of resilience I would never have thought possible. We need to make sure that sport can fit the person not make the person fit the sport. We need to ensure that there are role models in all areas, so young girls and women can realise that there are opportunities available to them, that they might never otherwise thought possible.

In order to do that we need to challenge how we see the world of sport and physical activity and how it appears to those young girls and women. We need to challenge stereotypes wherever we see them, in the media or in society more generally. We all have a responsibility to ensure that there are as many opportunities for girls and women to take part in whatever aspect of sport or physical activity they might want and to support them in that. We need to create the conditions that allow the young girls today to be the role models of the future.