Women have had enough 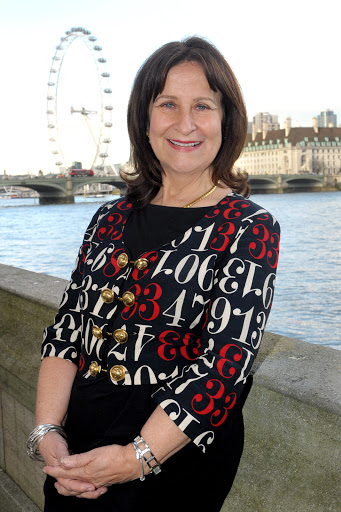 The Me Too movement signified something much deeper than the corruptions of Hollywood. The exposure of Harvey Weinstein and the ensuing tsunami of complaints around the world about powerful men raping, sexually assaulting and harassing women in the workplace told women nothing new. The ways in which women have been used and exploited has been the everyday story of women’s lives. And it does not just happen to glamorous young actors or models but to women everywhere. Women on the factory floor or in offices are just as much at the mercies of supervisors and managers who want “a blow job” if the women ask for time off for a sick child or overtime to pay a bill. It is the silence which has surrounded abuse of women and girls that is the shocker.

After the scandal over Jimmy Saville’s extensive abuse and the ensuing scandal over other celebrities, people asked how it happened. In similar fashion, they asked with bewilderment about abuse in children’s homes, borstals, schools, the Catholic Church, parliament, hospitals and colleges. The list is endless. How did it go on for so long and why did no one know? Of course, some did know. It was not that women or girls did not complain. Some sought help from superiors but were treated as liars, brushed off, subjected to ostracism. Their opportunities of advancement in their jobs or their security in their place of residence or learning were immediately put in jeopardy. In fact, they were silenced. Watchful women learned quickly that complaining brought punishment. To raise objection about your treatment meant you were a troublemaker. There was a price to be paid not by the perpetrator but by the person with the gall to complain.

What we know now is that institutions invariably put reputation ahead of the interests of the abused. The value of the male in any institution has always been greater than that of the complainant. Men rush to the defence of colleagues. And complaint women in the workplace can be persuaded to do likewise. So priests were moved to other parishes, teachers to new schools, complaints shoved in wastepaper baskets.
In corporations today, the same evaluations are made. The complainant is eased out so that business can continue as usual. The lack of trade unions means that women have few avenues for support and even trade unions and political parties have been known to hide misconduct of the powerful.

One of the scandals exposed by the Weinstein scandal is that of non disclosure agreements – otherwise known as NDAs. Such agreements are a commonplace in employment law so that trade secrets are protected and intellectual property such as designs and bright ideas cannot be stolen by departing employees. However, it has become clear that they are now extensively used to cover up discriminatory and abusive behavior by senior employees who are a valuable asset of the company. A young woman makes a complaint against a boss who is a sex pest and she is immediately given the choice of a contested case, where she will be accused of being a fantasist or malevolent liar, or the option of a payout to shut her up. Stringent conditions are often attached.

Zelda Perkins who has breached her NDA concerning Harvey Weinstein’s alleged rape of a fellow employee had conditions that prevented her seeking psychotherapy without consent from his company or from disclosing material to another lawyer without consent should she at any later stage seek to challenge the agreement. Such clauses are ethically disgraceful but lawyers allowed them to be included in the buying off of women who were still only in their early twenties and ill-informed about the law. Zelda is now a woman in her late thirties and she says she was made to believe she would face imprisonment if she breached the agreement never to speak of what happened. It is now understood that many NDAs require the woman to withdraw the allegation in return for the sum of money.

It is not surprising that some women will choose non disclosure and compensation if it is enough to give them a deposit for a flat or help them move to a new job where they will not be haunted by the person who made their life a misery. However, the abuse of these contracts has to be reviewed by parliament.

This all takes us back to why women remain silent. Why don’t more women go to the police? Why do they keep abuse secret? Why do women sign away their rights for a sum of money which rarely assuages the pain in their hearts, the sense of being totally disempowered? Why do so many women refuse to take their cases to the police and the courts? Why do so many women, who lose their jobs because of becoming pregnant, walk away rather than take their case to a tribunal even though the law is on their side?

I am afraid it is because of law’s continuing failure. Me Too is a brick through the window of the legal system. It is a form of civil disobedience not so very different from that used by the suffragettes only this time it is not a firebomb in a post box. Law depends upon a social contract whereby society promises that if a person refrains from seeking private revenge but takes their grievance to the courts justice will be done. However, women have lost confidence in the bargain. The social contract has been failing women and it is now as women become more educated and better informed that we have recognized the true depths of its inadequacies. The law is man made and comes out of deeply patriarchal structures and belief systems. While our legal systems in the UK may have improved considerably since I started practicing law, it still fails to provide justice for women in many areas of law and does not instill confidence. We have so many more fabulous women in the profession, more on the bench as judges, more prosecuting the cases, but the statistics tell us that women are still leery about involving the authorities when they have been battered, sexually assaulted and abused because they know that societal attitudes are so deeply ingrained that they are the ones who will be judged. Old myths and stereotypes have not yet been buried. Myths about women as seductresses, double sexual standards, notions about women as liars. The same old tropes feed into discussions about cases. Why did it take her so long to complain? why was she pleasant to him in the company of others if he had done her wrong? Why did she send him a card at Christmas or send a friendly text message? The failure to understand the ways that we as women are taught to accept male transgression and act as though nothing happened is used against us.

Technology has changed so much for women. Some of it is decidedly negative like the prevalence of porn and the trolling of women but social media has allowed women to connect and disclose their experiences to each other. It has given women confidence that they are not alone. And the thrill for me is that young women are saying ‘No’ so loudly to unacceptable behavior. They have had enough of everyday sexism as well as gross violations. They are saying Times Up! And I am with them. Women of my generation ran round tables to escape the clutches of predatory old men. When we went up library ladders to get a law report, we would have some groping hand stroking the back of our thighs. We sit and laugh now about our devious ways to avoid the sleazy overtures of ancient judges but too many older women are unsupportive of the young. The claim that “it has gone too far” has to be challenged. It has not gone far enough. Women should not have to deal with inappropriate behavior in the workplace or anywhere else for that matter.

A couple of years ago I made a programme for BBC Scotland about women in prison and the plans by the Scottish Government to introduce some radical reforms. The imprisonment of women is the hidden face of the law’s failure. You only have to sit amongst a group of women in prison and listen to their lives and you realize very quickly that the majority should not be there. They have been the victims of more crime than they have ever committed: abused as children, taken into care, abused in care, sexually exploited as adolescents, battered as sexual partners, put on the game by pimps, introduced to drugs by men in their lives, dependent on alcohol to dull the pain. And on top of it all they lose their children and their homes because of recurring short jail sentences for trivial crime.

Me Too and all that it has come to mean could be a turning point if we seize it. The law has to change. Judges and lawyers have to learn to identify their own unconscious biases. They have to have better training and fully understand the ways in which discrimination can be cumulative and intersectional with women from racial and religious minorities experiencing gender discrimination differently. Women with disabilities are subject to more domestic violence than any other group. Poor women are much more likely to end up as sex workers.

Perhaps the time is right to have a root and branch look at the deeper structures of law and Scotland could lead the way in creating the change that is needed the world over.