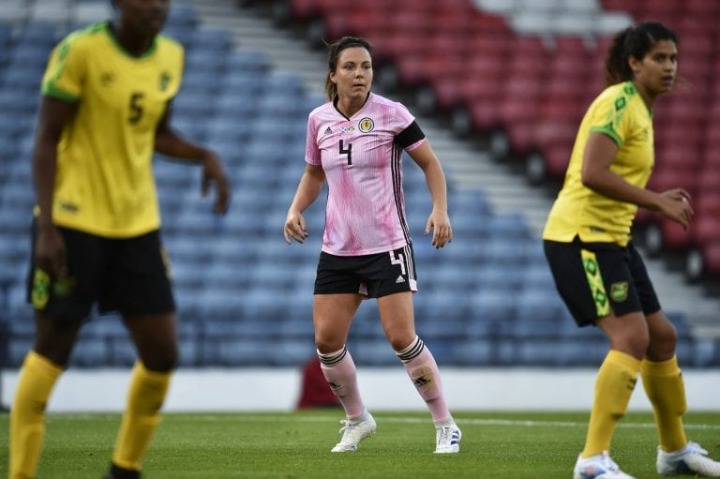 The battle of gender equality; an argument that is unrelenting. It is the current vogue of professional sport and is a topic that largely feels as though it more often than not ends with the sad realisation of our own limiting cultural expectations and the long-lasting prejudices that we continue to persistently reinforce into our society. A few things I want to start with: I believe sport isn’t just watched or played because of its quality (and whilst on that topic, quality is not the sole driver of value); women’s sport does have a market audience and there are endless examples to support that; and thirdly, if you really dislike women’s sport, spend more time doing what you do like, because that type of discouragement is damaging and unhelpful and you could use your time better.

I have been a professional footballer now for over 10 years; I have had the great fortune of playing with and against many of the greatest players in the world and none more notable than those who I currently play with domestically in the US.

My team-mates include multiple World Cup winners, Olympic medalists, World Player of the Year nominees, Champions League finalists and so on. To add to that, I have been honoured to reach over 100 caps for Scotland and being announced as Scotland captain in 2017 will remain one of the proudest moments in my career to date. Furthermore, the privilege to then also lead our country to its first World Cup in over 20 years and Scotland’s first ever Women’s World Cup was of course another immeasurable accolade, and I am incredibly grateful and inspired by every one of the girls I did it with.

I was signed to play in the NWSL in 2015 for Seattle Reign FC and I have since moved to Salt Lake City to play for Utah Royals FC.  Since the transition, the US has opened my eyes to a new level of professionalism within sport and, albeit not without their own inherent challenges, they still sit ahead of arguably the rest of the world in their recognition and acknowledgement for their sporting stars.

Perspective, Alex Morgan, who plays for league rivals Orlando, is the face of the US Women’s National Team who recently won the World Cup in July, and she was listed as having earned $5m this year to date. Furthermore, the list of top companies endorsing the star are impressive and it highlights, not just the possibility of being a female sporting celebrity, but also the value that US organisations place on her as a recognisable and celebrated athlete. She is notably showcased on the first poster that heads up the Nike Headquarters in Portland, Oregon, preferentially over an unlimited list of current and past sporting heroes.

Yet, when I come home, I can happily meander the streets of my small home city, Aberdeen, unrecognised, and when I attend events, which are almost exclusively to an audience of football-enthused youngsters and interested parents, I am frequently asked about what else I do for a living; quite the contrast. Yes, I would agree, trends are changing in Scotland, perhaps in an accelerated fashion thanks to the recent successes of the Women’s National Team, and like everything it will take time for the game to grow and reach its potential. But, what about if we don’t aim for that growth to mirror our male counterparts, but just for it to become the best it can for itself. Comparisons are something that I once was told were destructive, you either belittle yourself or you discredit someone else, and neither of those outcomes seem value-adding to me, nor does it cultivate a high-performance mentality.

To caveat, both men’s and women’s football are mutually exclusive and neither one needs to compete with the other. You can be a fan of one, both, or neither, however I believe that working together is for the benefit of the sustainability of the game.

On that, it has been tremendously encouraging to see so many professional clubs endorse their women’s programme within the main framework of the respective club’s infrastructure and hopefully that continues. Certainly for the enhancement of the domestic game, I think it is fundamental to the next steps forward, as shared resources and facilities will allow for a more parallel structure and will undoubtedly be crucial to the initial uptake in participation, development opportunities, talent identification and all round professionalism in sport as a whole.

As a competitor I don’t want to limit what we can achieve. When I began playing for the National team, there was only one player that was a full-time professional, now all but a small few are in professional environments, depending on selection. The progress I have seen has been vast, yet we still have a very long way to go and some prejudices will take longer to shift.

One thing I have witnessed all too often is we find it extremely hard to value ourselves highly enough and our kind-nature feeds into a loophole of outdated societal norms. Being bold and assertive are traits that are harder to come-by and several of us continue to see our time and value as free. Charitable actions are great, except they fuel this ‘unworthy’ culture.

As a professional footballer and role model I am often asked to do appearances and public speaking events. Yet, despite being deemed to have a valuable impact on certain audiences, these requests contradictory are expected to be free.

This type of behaviour is something that remains a constant battle in our world; accepting of great opportunities is of course fortuitous and should be grasped but we also have to do a far better job of upholding minimum standards and self-worth.  Not only for ourselves, but all those around us who are simultaneously fighting the challenges of trying to progress the game in the right direction.

As a professional athlete, I feel privileged to be able to compete and to live the life that I do and I hope it continues to open doors and challenges for a long time to come. Competing, of course, will end inevitably all too soon, but sport itself will always offer me that place of refuge. I strongly believe that we need to encourage and promote those to stay in the game beyond their playing years. Those with the experience and the diverse skill sets are pivotal to helping to take the sport to new levels.

As current players, we understand our responsibility to be role models and to be the frontrunners of change. We embrace this wholeheartedly, especially as National Team players, and we hope that those generations behind us have far greater opportunities than we have as a result of the platforms we have set and the boundaries we continue to push.

For me, I never dreamt of being a footballer when I grew up because as a child it was that invisible that even my imagination couldn’t extend that far. It excites me, that I now know that such dreams exist for little girls growing up in our country, and it is greatly rewarding that we can continue to move in a direction that one day is perceived and acknowledged by everyone as a sustainable and prosperous career.