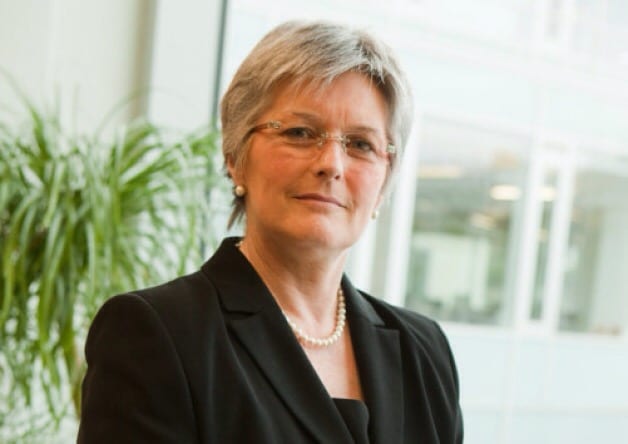 In February this year we marked the centenary of the right to vote being given to some women aged 30 and above. And I say marked, rather than celebrated, as young women – including my own grandmothers – would have to wait a further ten years before they would realise the right to vote on the same terms as men. We owe a debt of thanks to the women’s suffrage movement in Scotland – or the ‘Guid Cause’ – for their hard earned victory.

Now of course young women, and men can vote from the age of 16 in Scotland. Given the importance of the first voting experience in determining whether someone will become a habitual voter or not, the Electoral Commission carries out research with these young voters after every election to better understand their attitudes to voting and identify any potential barriers to their participation.

There are some reasons to be cheerful about young women’s political participation based on our research following the 2016 Scottish Parliament election and the 2017 local council elections. Young women aged 16 and 17 were significantly more likely to say that they had voted in the Scottish Parliament election, with 88% of them claiming to have voted compared to 66% of their male peers. This may be related to the fact that young women of this age were also much more likely to report that their friends had voted (61% vs 44% of males of the same age). This suggests that young women may be more likely to talk to their friends about voting and we know that when young people discuss voting with friends and family they are more likely to vote themselves. The lesson we can take from this is not to be afraid to keep talking to young people about politics and voting, whether at home, in school or youth groups. Initiatives to promote discussion, such as the recent launch of a voting badge by Girl Guiding UK, are vital to our future democracy.

But it’s not enough just to get young women to turn up to vote. If we want them to continue voting then they need to have a positive experience of participating, and this includes being confident that they understand the issues involved in the election. In this regard, our research findings flag some concerns for young women’s participation. Following the Scottish council elections last year 27% of men said they knew a great deal about the elections compared to only 13% of women. Men were also more likely to say that they knew enough about the candidates to make an informed choice about voting.

While there is clearly a debate to be had about whether male voters actually had more knowledge than female voters, or just professed to have, there remains an issue about young women’s confidence in participating in politics. From studies carried out after the independence referendum we know that young people who discuss politics in school are much more likely to say that they are confident in voting. The classroom is also the perfect place for developing critical thinking, including how to filter and assess the validity of competing claims, so by supporting political literacy activities in school we can help develop both confident and informed voters.

In the hubbub of all the activities to mark the centenary of women achieving the it is easy to miss another significant centenary which is the passing of ‘The Parliament (Qualification of Women Act) 1918’. This gave women the right to stand for election to the UK Parliament from the age of 21 – the same as their male peers – despite the fact that women could not vote until they were 30. The opportunity to stand in the December 2018 general election was grasped by 17 women. Progress in the hundred years since the passing of this Act has been slower. Women still don’t hold anywhere near 50% of the seats in any Parliament or Assembly in the UK. It is incumbent on all of us; national and local government, political parties and wider society to understand and address the reasons for this. A good place to start will be by talking – and more importantly listening – to young women.

Today, the ‘guid cause’ of the Scottish suffrage movement continues as we redouble our efforts to support young women to participate confidently in democracy. To do this effectively we need to draw on the experiences and ideas of individuals and groups across Scotland. The First Minister’s National Advisory Council on Women and Girls is doing just that, they are asking people to share their views on how we can make Scotland a more inclusive and fairer society and your evidence will be fed into their independent report. Make sure you have your say.